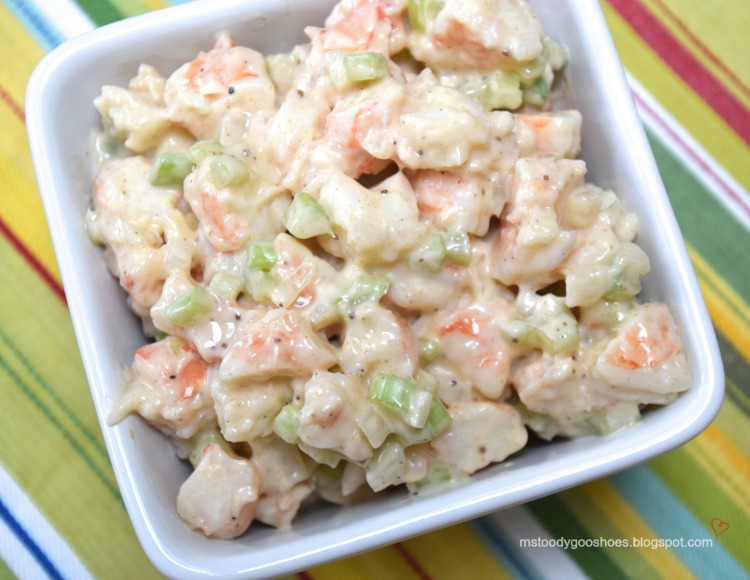 Does your family eat dinner together every night?

From the time I was a kid, dinner time was equated with family time.
It was important to me to continue this ritual throughout Junior Goo Shoes' childhood.

True, I was aware of the many studies which showed eating together as a family
reaps a multitude of benefits, such as kids making healthier food choices,
being less likely to be depressed,
and decreasing the chance that they will turn to drugs and alcohol.


But in my house, it was also a matter of practicality.
It was the only time of day that we were all together,
and could sit down to share the details of our day.
Admittedly, those "details" from Junior Goo Shoes
sometimes consisted of just one word -- "Good."

The nights when he was more verbose
compensated for those meals of monosyllabic utterances.
And, not for nothing, it gave Junior GS a chance to hear about things
that were important to us........
our political views, insights into what we were like in our younger days,
our values, and the like.
Sometimes, it was a chance to be plain old silly together. 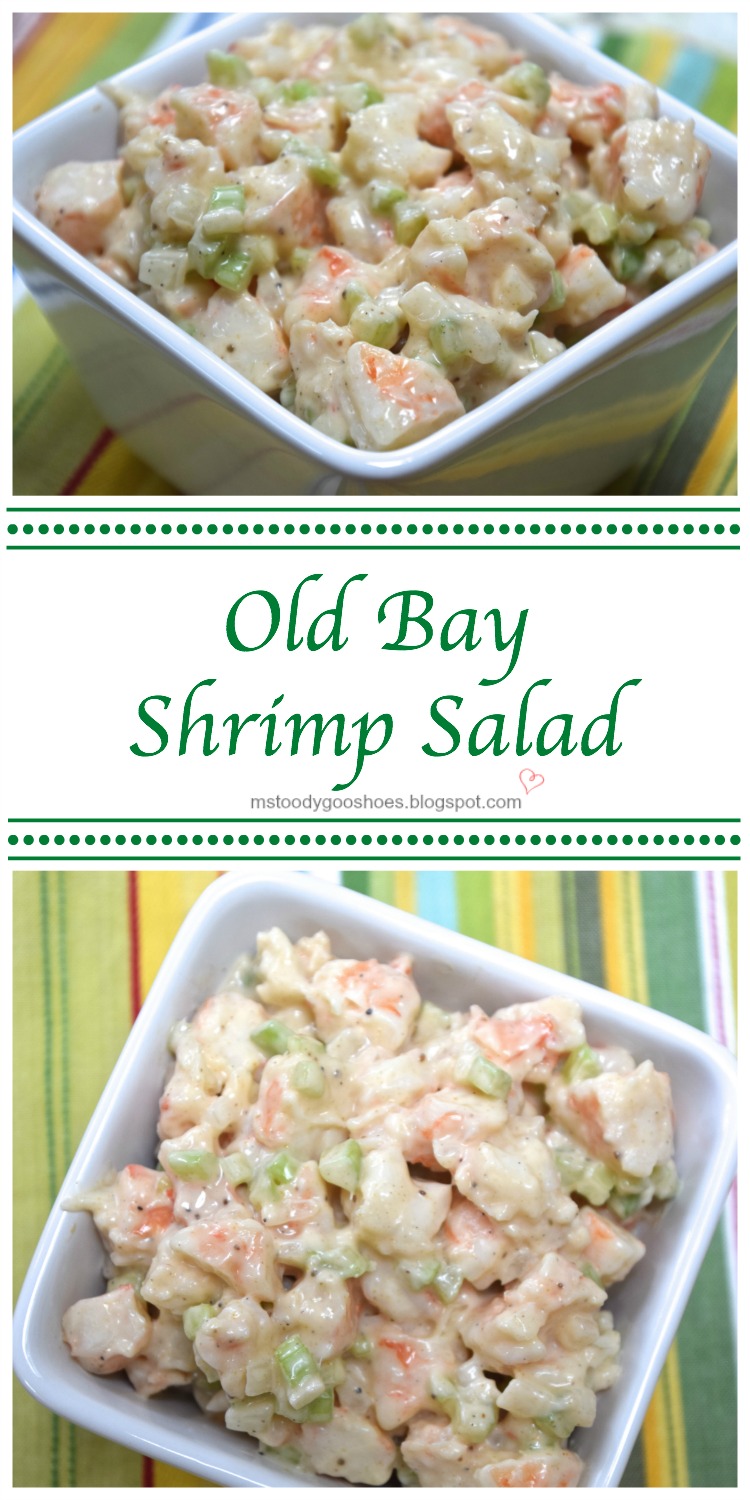 Just before the end of the school year,
the dinner dynamic in our household began to change.
"I won't be home for supper. I'm going out with my friends."
If I was lucky, I was told this early enough in the day to plan accordingly,
but more often than not, I'd be setting the table for three,
when Junior GS finally let me know it was one place setting too many.

This went on for a good week or two, and I became increasingly frustrated.

If I prepared a meal for the three of us, undoubtedly he'd have other plans.
If I assumed he wouldn't be home,
it was a sure bet that he'd bound through the door, asking what was for dinner. 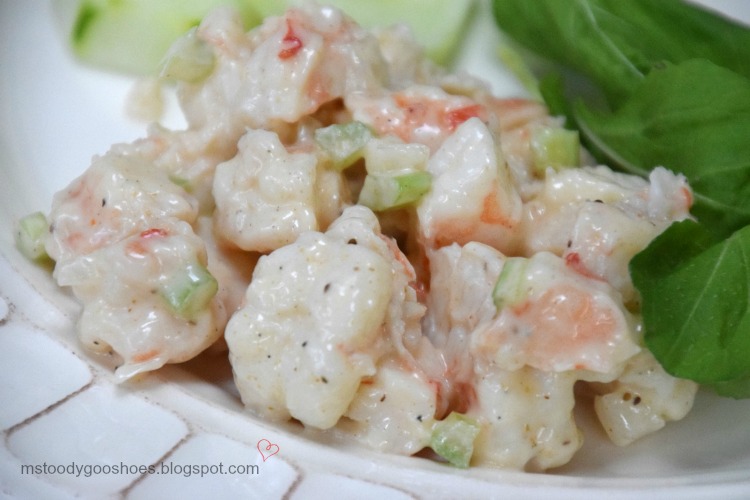 On one of these nights when I didn't know whether Junior GS would be home or not,
Mr. GS said he felt like having a light supper..........
"Something like shrimp salad would be good."


I did a quick google-search for "something-like-shrimp-salad,"
and, in the end, went with a recipe from Southern Living, but made a few modifications.
I used more mayo than the recipe called for, and added worcestershire sauce for flavor.

I knew Junior GS wouldn't eat anything-like-shrimp-salad,
so I kept some cooked shrimp on the side for him to eat plain,
should he decide to grace us with his presence.


As it happened, he didn't eat home that night.
I mixed the shrimp I had set aside for him into the something-like-shrimp-salad,
which gave Mr. GS and I more than enough for two meals (yay, leftovers!). 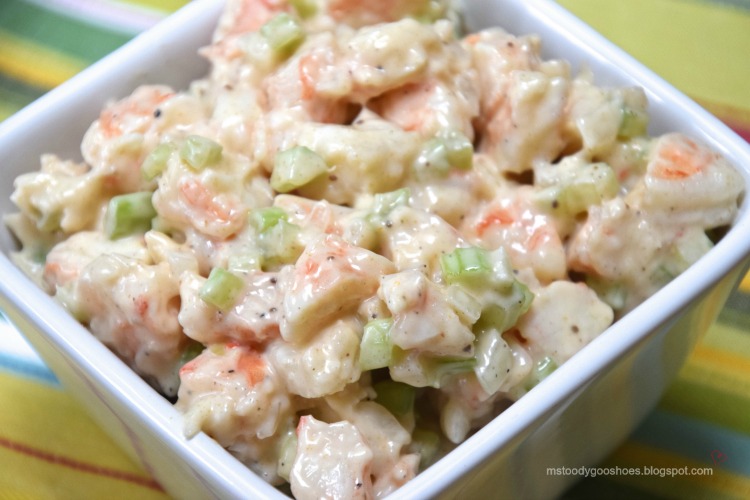 Two things were made clear that night.
First, I'd be making this shrimp salad again and again - it was delish!
Second, I had enough of Junior GS' BS about dinner time.
So, I made a suggestion to him that went something like this:

"Since you work Monday - Thursday till 5pm,
why don't you plan to have dinner with us on those nights?
One, you'll get a healthy meal into you, instead of eating Taco Bell seven nights a week;
Two, it's free. You won't have to spend half your paycheck on buying your own dinners;
Three, in a couple of months you'll be off to college,
and nightly family dinners will be a thing of the past."
(True, this last one was a risk -
I wasn't sure if it would be an opportunity for him to assert his independence).

Four, which remained unspoken, was that we hardly ever see him anymore,
and I really missed the three of us having dinner time together.
A sappy sentiment from mom would have surely backfired.

Mr. Goo Shoes had a "good-luck-with-that" look on his face
as I uttered my "Declaration of Mom-Dependence,"
but to our utter surprise, Junior GS simply said, "Okay."
And just like that, family dinners were back on the table, at least for four nights a week.

If you want the original shrimp salad recipe from Southern Living, click here.

If you want to take my word for it that this was the best
some-thing-like-shrimp-salad I've had, follow my adaptation, below. 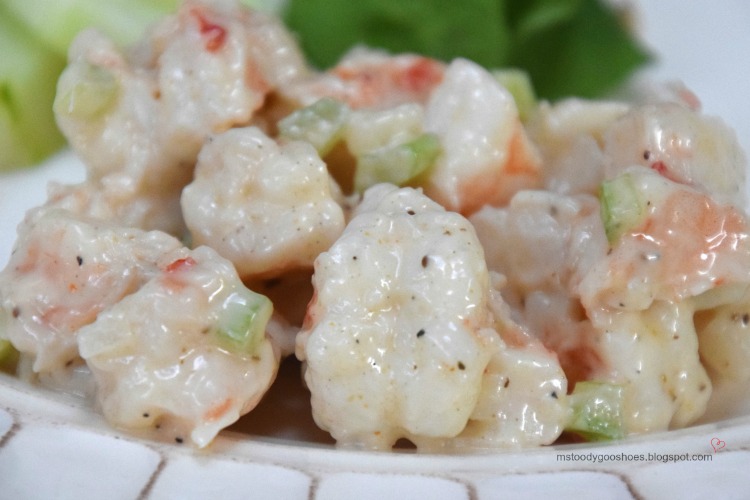 Mix together shrimp and next six ingredients.
Cover and chill 2 hours before serving. 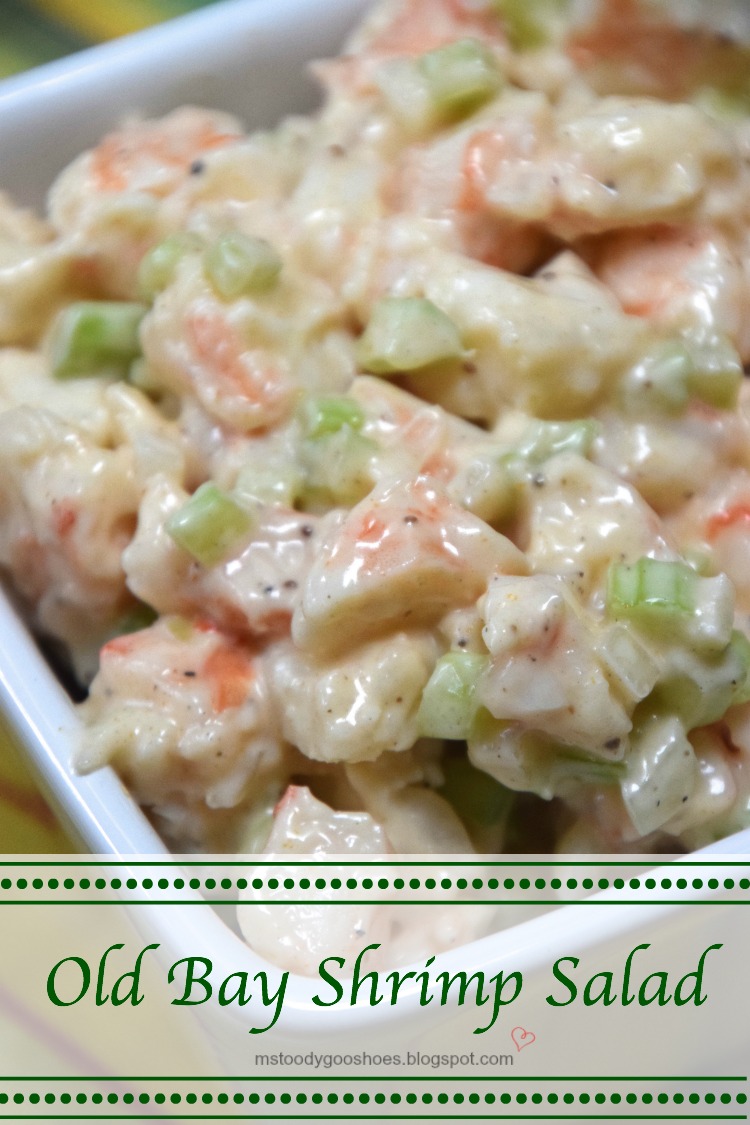 Today, as you ponder what to make for a light meal,
give this recipe a try.
It might just be the best something-like-shrimp-salad ever.

PRIVACY POLICY: I will never share your email information with others. I use your email to respond to your comments on my blog, or to interact socially with you.